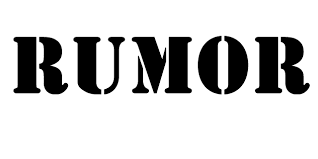 Spreading news on social media can be a regular thing. Be it true or false, truthful or misleading, and fun or just to mimic someone. How often do we all share news on social media platforms without properly understanding the consequences and results from it might bring in our lives.

However, this isn’t the case when one is living in the United Arab Emirates. Spreading rumours, false news, or defamatory statements regarding any institution, body, or individual might result in some serious punishments for you.

The legal system in the UAE has enacted a new set of laws, regulations, and rules for dealing with wrong, false, and misleading news or information being shared on social media platforms. The Federal Decree-Law Number 34 of 2021 is concerned with the fight against these activities that all come under the cybercrime banner. The issuance of this law was on 20th September 2021, but the final effectiveness of this rule came into effect on 2nd January 2022.

This rule strictly deals with the use of the internet and different social media platforms that people often take to spread news or share information. The new rule clearly indicates the consequences one might get into for publishing, circulating, or spreading false news, misleading statements, or rumors, according to the authorities in the UAE.

The Highness of UAE Federation of Seven Emirates and Abu Dhabi’s chief, Sheikh Khalifa bin Zayed-al-Nahayan clearly approved the new announcement and made it necessary for everyone living in the UAE to abide by the rules made to align the nation with the new modernized and developed used of social media and internet.

The Declaration by His Highness

The declaration was made public by the Public Prosecution on a social media platform to highlight the changes, rules, and potential penalties for the offending parties. The statement made it crystal clear that the spreading of news, information, or misleading statements is highly disregarded and would be penalized in accordance with the Federal Decree-Law No. 34 of 2021. This rule was specifically aimed at combatting and meeting the growing concerns of sharing false information on different social media platforms.

The country’s Public Prosecution took a social media platform, i.e., Twitter, to deliver clear instructions in Arabic by pointing towards Article 52 of the Law. The law says that anyone living in any Emirate of the United Arab Emirates cannot share any false, deceptive, or defamatory information on social media platforms. Nor do they allow to take the internet for doing the same. However, if anyone is found doing the same, the punishment for doing it would be dealt with a strict approach and penalties, including imprisonment for one year and a fine of AED 100,000.

Furthermore, the Dubai advocates & legal consultants Dubai clearly state that if the news or information that is being shared is against the state, authorities, or governmental institutions will result even fierce. The punishment includes imprisonment for as long as two years and a fine of AED 200,000.

Many individuals and groups are using different means of spreading false information. This includes the use of digital robots and electronic robots for circulating false information. And it has been clearly mentioned that people behind these robots will be considered offenders and will be punished accordingly. This also includes sharing or re-sharing of the information. The punishments and penalties for using robots of any kind for passing or sharing misleading or false information will certainly be dealt with as per the following penalties;

The law was enforced from 2nd January 2022, which clearly demands the people living in the UAE to follow the law and abide by the regulations at all costs. In case of offending the one, a lawbreaker will be put forward to the following consequences and retributions.

The government and authorities of the UAE see this new rule as advanced and futuristic steps for driving the nation towards the right and truthful track. Moreover, one way of seeing this is also the appropriate and adequate use of powerful mediums such as the internet and social media platforms.